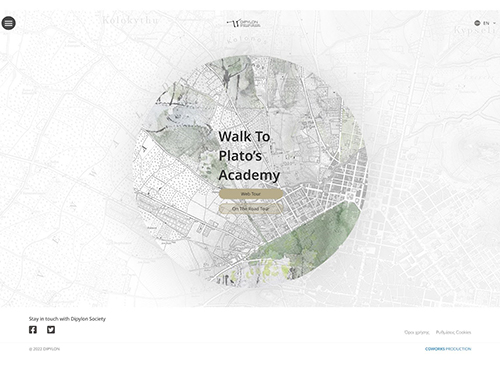 The ongoing project of the Dipylon Society entitled Walk to Plato’s Academy is an audiovisual web app (audio tour) offering an exciting philosophical, archaeological and educational walk in the modern area of Plato’s Academy. This original walk is designed for children and grownups and lasts about 2 hours, with all necessary stops. The project will be completed in October, 2022.

Following an alternative route in the city of Athens, the 21st-century traveler will walk along the traces of the ancient road that connected the ancient Kerameikos with the Academy. Having as a starting point the main entrance to the ancient city, the Dipylon gate, the modern traveler will end up in the area of the ancient Gymnasium and the Philosophical School of Plato, where they will be guided around the visible antiquities within the renowned grove of the Academy.

Besides ancient sources and archaeological remains, the traveler will be accompanied by drawings of the painter Pavlos Habidis, a philosophical narrative by Professor Elena Theodoropoulou ("Laboratory of Research in Practical Philosophy", University of the Aegean) as well as Augmented Reality representations, audio narratives and historical information.

In an attempt to unfold the thread of historical narrative by availing ourselves of the potentials of new technologies, our team collaborates with CG Works.

The application will be bilingual (Greek-English), free-of-charge and compatible with all modern devices. In addition, it will provide the possibility of a digital tour through a webmap, offering the online user a unique experiential walk.

The project is made possible through the generous support of the A. G. Leventis Foundation and the MINETTA Insurance. 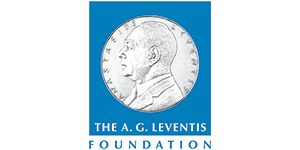